22 year old DMW artiste, Lil Frosh was reported to have beaten his Girlfriend blue and black for no reason.

According to report, has been constantly beating the little girl for a very long time. The girl’s brother who made the story public said he has been protecting Lil Frosh image for so long, but cannot endure any longer.

According to an insider, the Mumu brother has been the one encouraging his little sister to stay in the abusive relationship with Lil Frosh. Maybe because of money or connect, I can’t tell. 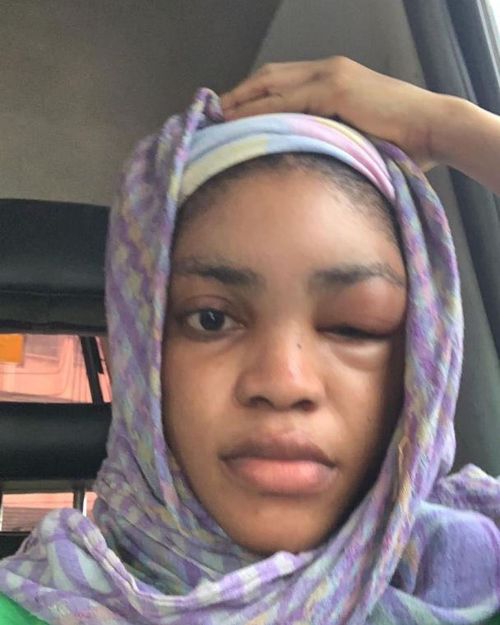 But the big question is, What if his boss Davido beats his baby mama Chioma same way? Because he can’t tell us that he haven’t heard or not aware of the first fight between his signee Lil Frosh and girlfriend. David couldn’t caution him.

And why would a boy of 22 allowed to accommodate a girl? Not just accommodate, but live with her under same roof. The DMW management is to be blamed on th tois..they’ve failed. Marvin Records boss Don Jazzy can’t allow this. Imagine little REMA housing a girl..that cannot happen.

What if Davido Beats Chioma Same Way? Reason why he couldn’t caution Lil Frosh all this while. Maybe he’s following Davido’s footsteps. Who knows.🤔

What’s Your Takes? Does Any Offense Warrant This Kind Of Beating From Lil Frosh?